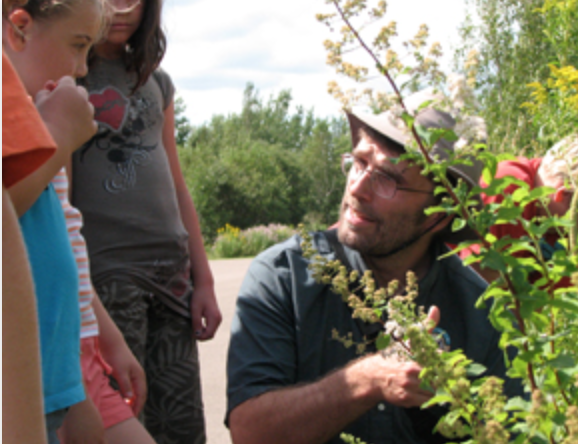 An environmental consultancy based in Sackville, New Brunswick, Aster Group launched in 2013, the brainchild of a small group whose members all had a history of working for either government or nonprofit organizations. The members wanted an entity that would bring together their expertise in various areas and offer them autonomy while reflecting their shared values, and a worker co-op proved to be the best way to do that.

“Of the people that are members now, most of us have already had quite a career of different jobs,” says cofounder Roland Chiasson. “So we’ve experienced a lot of different kinds of work scenarios,and I suppose we’re at a stage in our life where we want the ability to manage for ourselves.”

While the Co-op’s members were drawn to the model in part by the opportunity to work for themselves, the fact they’d be doing so alongside like-minded people was also appealing. In the years since Aster Group’s founding, Chiasson says, this has remained one of the most rewarding aspects of his experience with the Co-op.

“I’m working with like-minded people, people that I know I can trust that we have the same values,” he says. “So that’s fun, working with those people and knowing we have a stake in where we want to go with this organization.”

Aster Group offers a variety of services through its team of environmental professionals, consultants and researchers, in areas including biological and wildlife sciences; climate change and adaptation; conservation management and planning; outreach, education and communications; and sustainability planning. One of the ways the Co-op has been able to live out its values was the creation of the Aster Foundation in 2017, a nonprofit organization that raises money from donors interested in supporting strategic, high-impact environmental projects that are under-funded or not typically funded by government funding programs.

But while establishing the Aster Foundation has fulfilled one of the Aster Group’s founding goals, the Co-op has experienced challenges in other areas. The Co-op has long wanted to bring younger members into its fold, but has found prospective members within this demographic sometimes lack an understanding of the worker co-op model.

“We want to develop a program for youth to get them involved in environmental work,” says Chiasson. “They were initially interested but for them the concept of having to get your own work was the challenge. They would say ‘Oh, I want to become a member but where’s the work? And they weren’t used to the idea that we’re the worker-members, we have to go out and find our own contracts.”

Attracting younger members remains a priority for the Aster Group, however, along with adding members who can expand the Co-op’s skill set and growing the Aster Foundation. Challenges notwithstanding, the Aster Group will continue to work  towards environmental, social and economic sustainability.