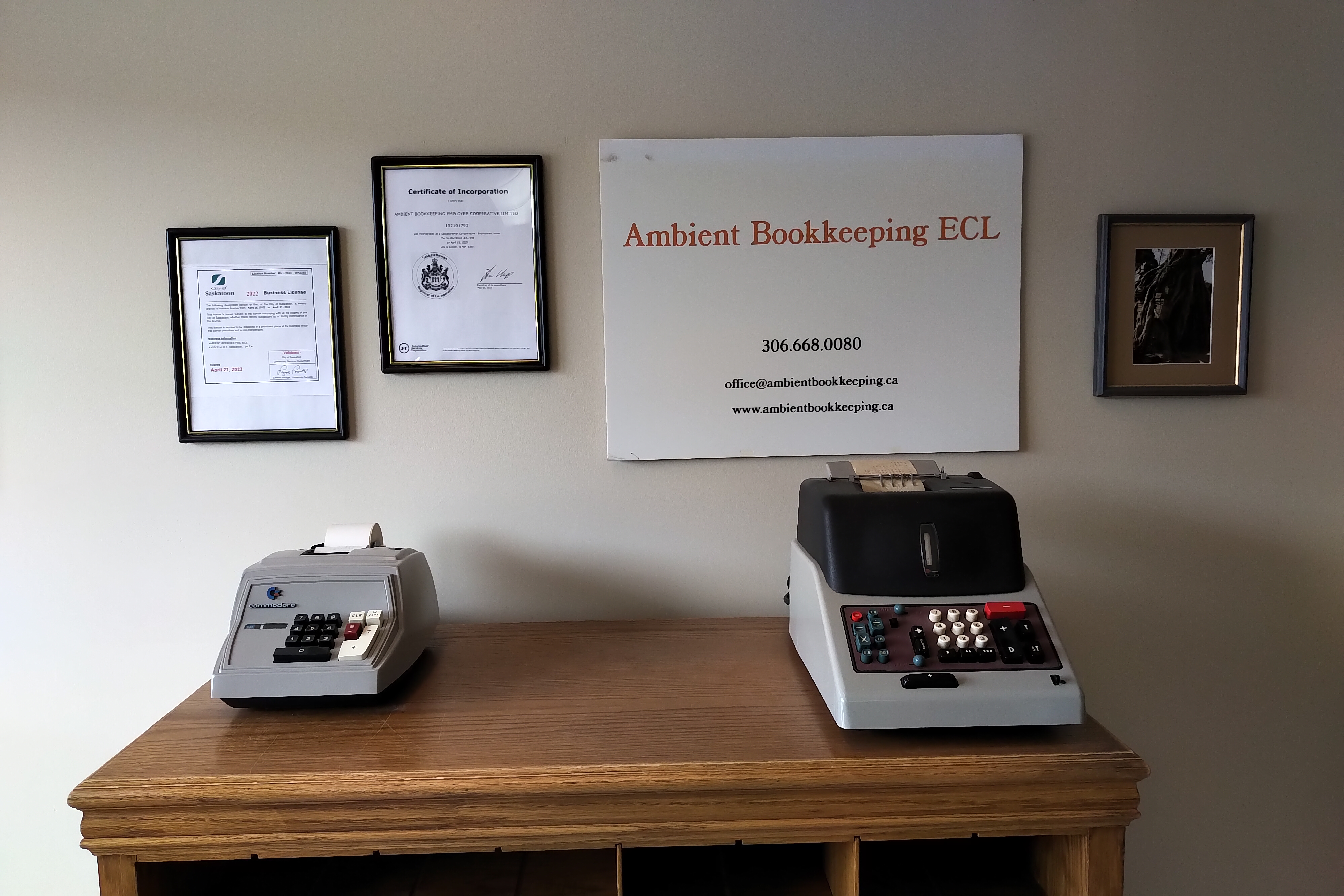 Many bookkeepers face an unappealing choice between the lack of autonomy in working for a large firm and the hassles associated with going it on their own. Launched in April of 2020, Saskatchewan’s Ambient Bookkeeping aims to provide its members with greater control over their labour than is typical in the sector by employing the worker co-op model. Cofounder Bob Paisley says it was a logical choice.

“The idea was just to give bookkeepers a place to work where they could take some ownership over the company as well as work there,” he says, “instead of continually just having to work for other people.”

With five members (two full-time and three part-time), the Co-op has grown slowly but steadily expanding over the past few years, working mostly for nonprofits. Paisley says this slow expansion has been deliberate, as the Co-op wants to focus on quality of work over quantity.

“We’ve been able to self finance the little bit of expansion that we have done.” he says. “Bookkeepers are like anybody, we want to be able to make a reasonable living at it. So we’re doing a really good job with the clients, we’re not advertising and trying to just get clients at any cost. So we’re working with what we have, and going from there.”

Moving from a basement operation to a small rented office has been Ambient’s biggest challenge so far, as it deals with the resulting increased costs. But its emergence as a worker co-op, however small, has also been rewarding (and eye opening).

Learning about the worker co-op model is something Paisley recommends any new worker co-op do from the outset. Ambient appreciated the resources it was able to access through  its membership in CWCF to this end.

“Starting out from scratch and trying to accomplish the bylaws and the setup, and think through all the different aspects, it can be quite challenging if you’re working on your own,” he says.

“So do a bit of poking around and make sure you use those resources. They’re really quite helpful.”

When it comes to being helpful, Ambient offers greater control not only to its members, but also to its clients, who benefit from the customized service that only the worker co-op model can provide. It’s a winning formula for any balance sheet.