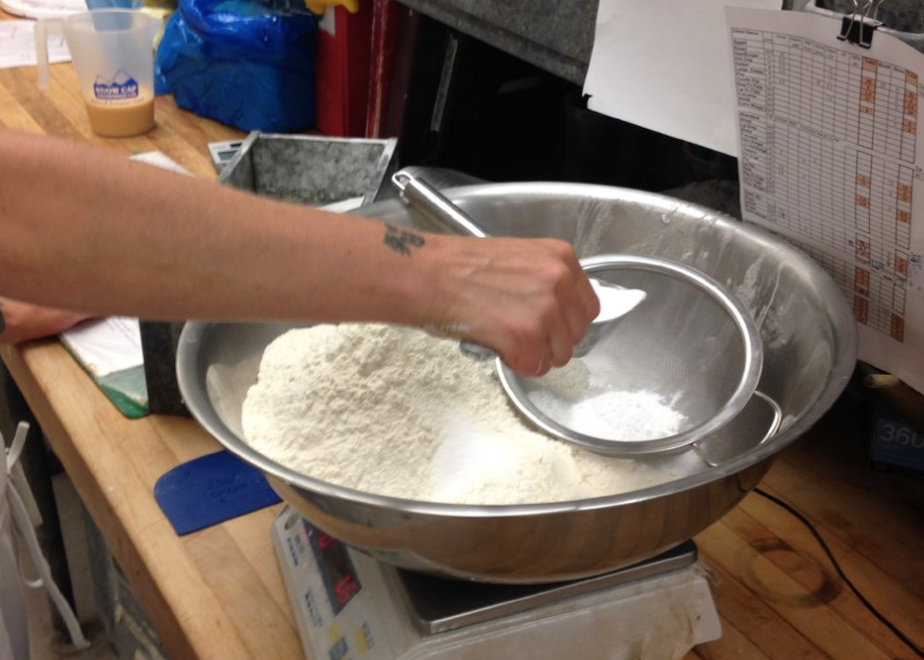 In the almost 20 years since it set up shop in Nelson, BC, the Kootenay Bakery Cafe’ Cooperative has developed a reputation for nourishing food and a welcoming environment. The Cafe’ has always emphasized customer service — with the understanding that what’s good for its customers is good for its employees too.

The business that is now the cooperative actually began in Edmonton, where its owners had run the bakery as a traditional business for four years before moving operations to Nelson in 1990. After a decade in operation there, owner Len Nicoll saw an opportunity for expansion but didn’t feel he could do it as a sole proprietorship. The worker co-op model, however, was an intriguing alternative, and in 2001 the cooperative was born.

Deborah Desilets, the last of the co-op’s founding members still on staff, says the democratic nature of a worker co-op was the main source of appeal to the founders.

“It was a democratic model, and the benefit was going directly to the worker-owners that decided to run the business, to participate in it, so that was the attractor,” she says.

The journey towards becoming a worker co-op was made easier by the diverse skill sets the founders brought to the table; funding for a feasibility study contributed by the provincial government; and the decision to sell a class of preferred shares to non-member investors, becoming the first co-op in B.C. to do so. The sale of these shares proved extremely successful, with the $60,000 raised being far more than the founders had anticipated.

The co-op has grown and diversified since its early days, now offering soups, smoothies, and a variety of other foods in addition to its baked goods, while continuing to supply many local restaurants and grocery stores with bread. Members have come and gone over the years, but Desilets believes everyone has gained something from their time with the co-op.

“It feels like it offers a gift to the whole community when more people understand how to keep the business going,” she says, “so even if they leave, they leave the business with skill.”

A key part of the appeal for those who stay has been the ability to share in the surplus every year based on the hours they put in. Desilets has found however, that this is a rewarding experience for everyone, regardless of their share of the profits.

“{It’s rewarding} to share our surpluses and see all that money going back into our community and to our workers,” she says. “To see everybody reap the rewards of their focus and their attention and their good work.”

The co-op hopes to continue building on its appeal to both members and customers in the coming years. It’s working with the Quebec artisans’ network Economisez to better tell its story, and also recently set up an employee plan with a pension co-operative. Despite these changes, however, the original commitment to democratic governance and a sharing ethos has endured, and Desilets is confident that will continue.

“The worker co-op model is very empowering for worker owners,” she says.